Dr. APJ Abdul Kalam : Hello Everybody,How are you? since for a long time our techappzone team has a thought of coming up with a different app for your sack.So we didn’t come with any latest app in this last few days.Today we have came with different app.This app is not an android and windows app and at all a game also.But it is an great and famous app.i.e., APJ Abdul Kalam Book App. Actually today we came with this different type of subject because all the people may know the great legendary person Dr.Abdul Kalam,but maximum people don’t know about his moral values and his life style and other great thing of Abdul Kalam sir.So we feel that by this app we can provide some of the good morals of this legendary person.So we tried our best if feel it’s nice read this.Their are lot of books and android apps present in Google Play Store in the name Abdul Kalam. There is one of the main moral that is “If you want to shine like a sun first burn like a sun“. For more details scroll down. 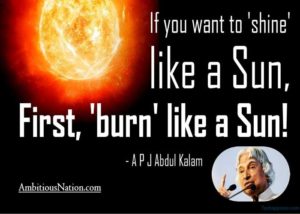 Dr. APJ. Abdul Kalam is a great honorable president for our India. Abdul Kalam full name is Avul Pakir Jainulabdeen Abdul Kalam. He was born in 15-10-1931 at Rameswaram. Abdul Kalam is one of the great person in the world.He is an 11th President for India.Who was elected by support of ruling party Baratiya Janatha Party and opposition party Indian National Congress.He was the only person widely reffered as the people president.He studied Physics and aeroscape engineering.He spent mainly at the Indain Space Research Organisation (ISRO) and Defence Research and Development Organisation (DRDO) and then he was involved in Indian’s civilian space program and Military Missile development efforts also. Kalam is known as the father of the country’s military missile program.He played a major role in Thenical and political role in India’s pokhvan-2 nuclear tests in 1998.So people call kalam as Missile Man also. Abdul Kalam loves students a lot.As he worked as a teacher he know the mind set of students.One day kalam was taking class to students that time he got a news that he was elected as a president.Then immediately he want to go to Delhi for taking charge of his president power.That he said only one thing that is if I leave to Delhi then who will teach lesson to my students.Then after he become a president also he used to take class for his at least 2 classes for a weak.Then one more thing when kalam working in Indian Space Research Organisation (ISRO) he has a car to go to his house and to his office that the office members appointed a driver to his car one day while going to the research centre kalam asked the driver about his background and why did he came to this post.That time the driver told that sir my name is Kumareshan and i had studied upto 10th class and i have been failed in 2 of my subjects and due to poorness.I didn’t have money to pay for the arriyers and so i had joined in this job sir now my age is 20 years sir the driver said.The Next day kalam bought the books with his own money which the kalam’s driver has been failed and he used to teach his driver in the way of his research center. Then kalam gave money to his driver to pay for his pending subjects and then the kumareshan took the money and paid the money and passed in that subjects and then he passed all the Inter,and he completed other higher educations with the help of kalam and got job in the same research center in which kalam worked.As the assistant to kalam and then due to this kumareshan started a trust in chennai on the name of Abdul Kalam and till know the trust has been serving lots of poor people.Not only this there are lots and lots of good things in Abdul Kalam’s Life.Not only this there are lot of things happened in Abdul Kalam’s life  we can’t explain total.So for more moral things and for kalam’s memories there are lot of android apps and books on the name of Abdul Kalam name they are all available in Google Play Store.

Dedication For Work OF Abdul Kalam :

Abdul Kalam is No.1 in all the things.He used to work till late hours and used to get up in early in the hours.When he was a president he used to go in flights for other nations and countries that time also he used to work on his laptop.The flight inchareges and the staff members would tell kalam sir your are in journey take rest sir also that time kalam used to replay.If I have took rest when I can do this work.If i don’t do this work my country would be in back.There are android apps in the name of Abdul Kalam for  Android phones visit Google Play Store and for iPhones visit Apple store.Their is no official version for this app.So don’t worry simply follow this article on how to download APJ.Abdul Kalam Book App on Windows 10,8.1,8 & 7,Mac by this you can get this app.

Abdul Kalam was giving a lecture on monday evening at the hospital in Megalaya. And he was 83 aged and while giving lecture he fell unconscious and he was no long for us.The doctors tried a lot but they did not regain kalam sir again.He was died in 27-07-2015.

After downloading the bluestacks app.Simply follow few steps given below to download APJ.Abdul Kalam Book For App.

That’s all by this our tutorial comes to end.Still if you are interested in grasping little more matter about Dr. APJ Abdul Kalam then search in net.Thank You for such an good opportunity.Your’s Techappzone team Members.